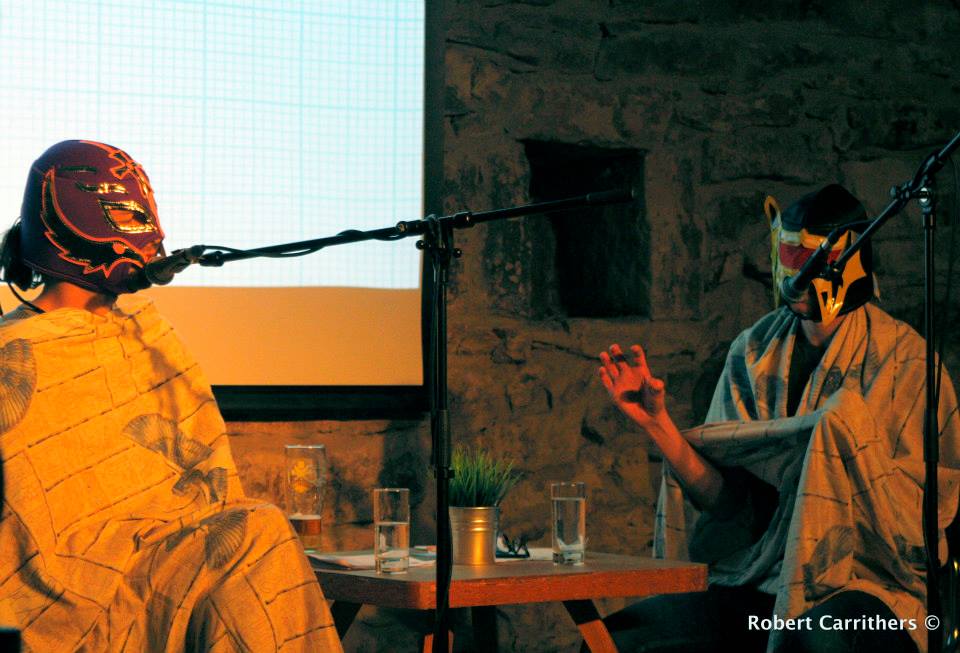 Dear XXX. I think of you when I think happiness, sweetness, affability. Recently I’ve had some stories in me, like people who travel or eat variedly, and I’d tell you about them with a tea, sparkles in the eyes, being the eloquent chicken you know, if you were not somewhere else and me in Berlin, cleaning up my gun, polishing my rope or rather something as tragic but without masturbic innuendo. This morning I’m feeling pretty good, and I don’t accept that, I want to unboard the plane of success. And moreover, I want to understand what people say to me. This is not a warning, this is not (exactly) me gripping your skirt for attention and diagnosis. But you know, in my head we love each other and care for each other and in my head we have open ears for each other and look forward to touching each other again in my head, with benevolence and to shuffling to each other sometimes in my head because there is something mashed stuffing life between two inmyheads that feels cushier than life. Here is a picture of me and Sam in Prague, last month, in which you can see people missing their lives covered with ichy blankets – namely the bedsheets of the hostel we were staying at and about which we got very emotional after having eaten « chocolates in the shape of seafruits ». Why not. There is also a potplant on the table, which I am sure makes sense. And here is one of the texts we read, in which we wanted to wave, to faire coucou, at the good old selfies of postromanticism by simulating an I’s fight ; and so this selfie-letter to you now is a compensation for the following text, and your existence as well might be compensatory, but this shouldn’t offend you, because I don’t know yet what exactly it compensates. I’m going to Marseille on Monday and I’m not sure we’ll see each other soon, so may life spoil, indulge, treat. A powdery cloud of kisses given by me accompanies you wherever you go.

No one will give you the prize for
anhedonia during a time of disaster.
So go out, & buy
« killers » and « desire » ―
real
albums ! In a shop where you can get
real album!! « Yeah, have a good day »
doesn’t mean
« the truth will set you freer
later. » It’s
a molehill
under the nose hairs.

I’m the Mick Jagger of Alsace Lorraine
complimenting people about their dogs
writing greek poems designed for shielding
COURAGE (BRACE BRACE)
But in fact let me guess : I don’t give a shit about shit

I’m not a poet, I’m a potplant.
a light salad compenetrans
NOT WITHOUT THE REGULATORY
two glasses of Château As Of
A Proud Nothing Man, & these to be followed by
a quick slide down superman wires to the Tomb
Of The Unknown Urinal Factory Worker’s poignant
bouquet, head
hand face
at once
back to the man with the answers,
Rémy Nascent :

Perfect for the black armband
nutcase in your household :
a neocolonial moustache
the shape of a ploughshare
brushed n shining, through
the bottom of an 18
dollar pale ale.

Losing cows, one wins what rolls
RAD FÜR ALLE !
Me & my high-wheeler rushing through loud towns
shouting insanely
or more placid like Jean-François Bory posing,
black glasses on,
in front of the Loch Ness
near a massive shield DO NOT FEED THE MONSTER

IT DOESN’T END THERE THOUGH !
One shambolic dissident
to appear on warm cowmilk
scryingpool. Concentrate
and then ask again.
LIKE burned memories but,
in this case, within
the tree, invisible
to parents.
some of these kids must be
inside me as when i try
switching off their heat
it becomes rain and sulphur
divided by a switch

or even like Ginsberg
blissful Kraj Majales
King of Prag’s springtime in 1965
TOTAL SCHLASS
repelled by the authorities for less than that
less than that ? spreading sexual theories, they said
(the poor guy had lost his notebook).

Such a foul gas was
in the hall when i arose today,
cryptic weeping formed,
there is no social content only roughage
under ichy blankets making context pillow fight
I’m writing my memoirs on a side of ham
the pork is still oinking that’s how fresh they are !

The rest is literature
greetings
ridged caps
practical operations billeted in the lab
according to the police
blocked up ears
open
say the organizers
towards a big ovoid square
remember
of every procession the head and the tail say
the dream of not being tailed
anymore is ahead.